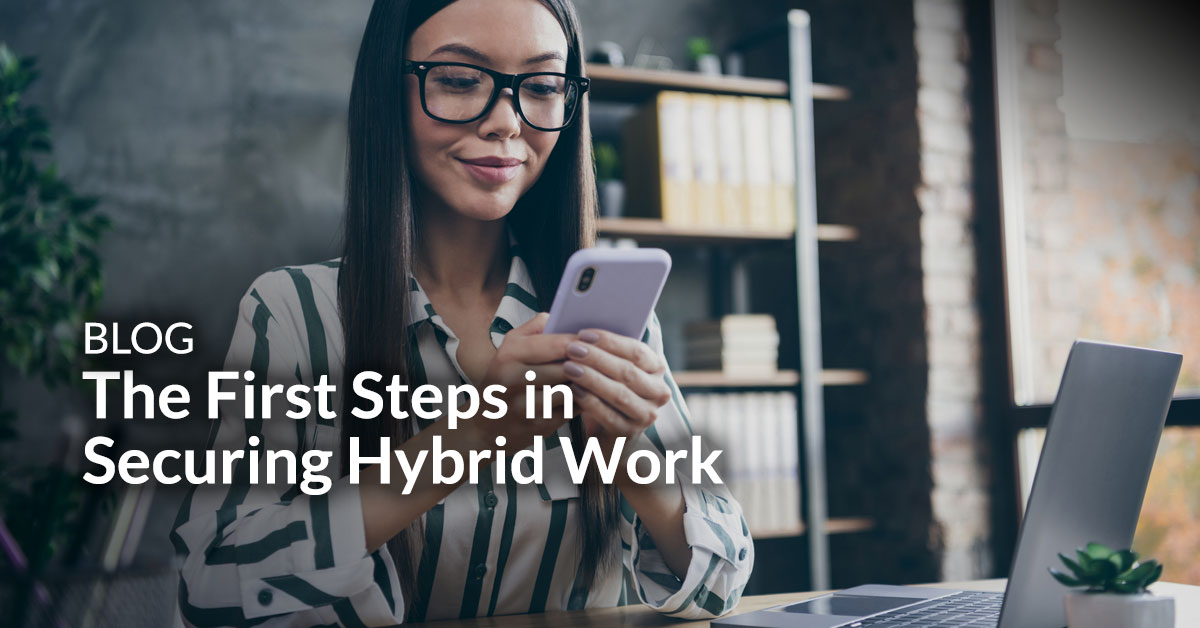 During Cybersecurity Awareness Month, SecurID will highlight insights and best practices to help all businesses and users do their part to protect themselves, secure remote work, and “#BeCyberSmart.”

Like most business processes, cybersecurity tends to exist on a pretty broad spectrum. For every organization that’s deploying more mature techniques like zero trust security or risk-based authentication, there are plenty that leverage traditional defense in depth approaches for their network security postures.

Providing secure remote network access by creating a virtual private network (VPN) is one of the quickest methods to provide business users with access as if they are in the office. As such, it should come as no great surprise that VPN use surged as a result of the pandemic. For many businesses just starting off on their cybersecurity journeys, VPNs represented a quick, effective and immediate way to secure hybrid work and continue operations:

That’s remarkable growth and an important first step for many businesses trying to secure hybrid work—but it’s only a first step. Because VPNs are only as good as the authentication used to access them. And in far too many cases, businesses are asking their users to access VPN using only a password to sign-in.

Given that they provide access into a business’ corporate network, VPNs can create a major vulnerability. Simply put, the risk exposure of this one entry point can be far too high—and that exposure becomes even more pronounced when an organization only relies on passwords to manage access. That risk can also be exacerbated by third-parties requesting intermittent access.

Another way of putting it: using a password to secure a VPN is like building a steel bank vault and setting the combination lock to 0-0-0. The walls might be strong, but just about anyone can stroll right in.

And in far too many cases, that’s exactly what happens.

Don’t use passwords to secure VPN

Passwords are expensive and insecure. The National Cybersecurity and Infrastructure Agency recently added single-form authentication to its list of “Bad Practices,” calling the use of passwords and usernames an “exceptionally risky cybersecurity practice.”

As a result, it’s no surprise that there have been several high-profile instances when password-protected VPNs failed to keep out cybercriminals.

One of the most memorable failures is Colonial Pipeline. According to Bloomberg, hackers breached the company’s networks through a VPN account that was a) no longer actively in use and b) not protected by MFA.

But as other recent stories have revealed, many organizations are still using passwords to ‘secure’ their VPNs.

The high costs of passwords

Passwords are hard for legitimate users to manage and easy for hackers to guess. They’re the #1 attack vector for bad guys—the 2020 Verizon Data Breach Investigations Report found that more than 80% of hacking-related breaches involved either brute force or the use of lost or stolen credentials.

Passwords are also expensive: for bigger enterprises, nearly 50 percent of IT help desk costs go to password resets. That can add up to more than $1 million in staffing.

Passwords have tremendous costs—both as security liabilities and to a business’s bottom line.

Take the next step in securing your hybrid workforce

If you’ve invested in a VPN to provide secure network access for your hybrid workforce, you’ve taken an important first step in protecting your team, assets and IP.

But there are other important steps that organizations must take to protect themselves, including using multi-factor authentication (MFA). MFA is a fundamental part of any organization’s cybersecurity stance—recently, President Biden signed an executive order directing public agencies to implement MFA. That advice was borne out by Fortinet’s recent advisory regarding an SSL-VPN vulnerability, in which the company cautioned organizations to “treat all credentials as potentially compromised” and “implement multi-factor authentication, which will help mitigate the abuse of any compromised credentials, both now and in the future.”

Each of these steps builds on the next. And as businesses continue maturing their security practices, they can build toward zero trust principles by enforcing least privilege and always verifying access requests.

Regardless of where you are on your journey, identity is key. Knowing who your users are, what they should have access to and how you’re going to authenticate them is essential to any successful cybersecurity program.

Learn more about multi-factor authentication and how to securely enable remote workforces.